Pioneering surgeon, 91, has touched many hearts 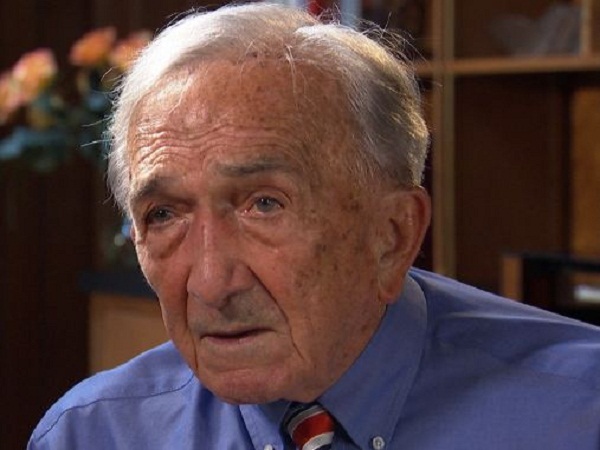 Heitzman was one of the first doctors to experiment with open-heart surgery, back when few expected his patients would live full lives. But Mike Glavin has lived long enough to retire from the Syracuse, New York, Police Department, and Bob Foster now has a front porch filled with family.

"It's been almost 48 and a half years,” Foster chuckles. “And I'm still on the right side of the sod."

Judy Boyke is amazed she made it into the medical history books. At 73, she’s had a lot of surgeries. “I guess God made me out of spare parts,” she says.

Susan Pingleton believes they all owe their lives to what Heitzman learned from a dog. The pioneering surgeon was trying out a new procedure on a dog back in 1957 when suddenly the animal's heart started quivering. "It's lethal unless it's treated very quickly,” Heitzman explains.

He wrapped his hands around that dog's heart and started massaging. A half hour went by. Some in the operating room figured he'd give up, but not Heitzman. He pumped that heart until he was sure the dog would survive. "You weather the storm,” he says. “You keep working until you get things corrected."

A few weeks later, he was sewing up a hole in Pingleton’s heart. The same thing happened. “Some in that surgery were probably rolling their eyes,” Pingleton says today, but Heitzman wouldn’t let go of her heart.

“For over an hour,” she says, shaking her head. “And then he asked another surgeon to keep squeezing.”

Eighteen minutes later, Susan's heart finally began beating on its own. But the ordeal was not over. Heitzman told Pingleton's parents what no parent wants to hear. “He warned them I might be brain dead,” she says.

If time had weight, the moment would have been crushing. Pingleton's parents sat, waiting. A little boy down the hall had just had a similar operation. He died.

Then, Susan says, "I opened my eyes, saw my parents and said, 'hello.’” Today those eyes glisten with memory. “Big day,” she sighs.

After the surgery, she tried to walk. “My legs were weak. I took about two steps and I fell.” The operation had damaged her spinal cord. She couldn't walk after her surgery.

Lying in her hospital bed, young Susan recalled Heitzman's battle for her life and its lesson: Do not give up. Three months later she walked out of that hospital on weak legs. “A small price to pay for 58 years of life,” she insists today.

What has she done with the 21,000 days since that surgery? She became a doctor herself. Today she is the Dean of Continuing Education at the University of Kansas Medical School.

Not everyone would massage a heart until their hands went numb. Who inspired Heitzman to keep going?

"I think my mother had a great deal to do with it,” he says. She was a nurse who urged both her boys to become doctors. They did. “And I have no regrets,” the 91-year-old surgeon says today.

Neither do all those families who received his heartfelt gift.