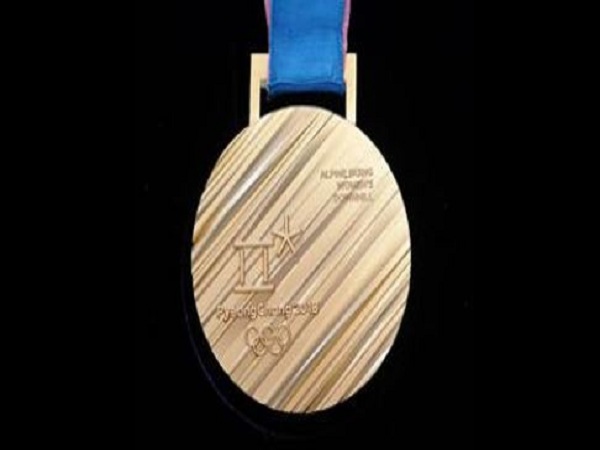 (CNN) As athletes and tourists arrive in South Korea ahead of the 2018 Winter Olympic Games in Pyeongchang, health officials on the Korean Peninsula are battling two strains of influenza.

Flu outbreaks in both North and South Korea have raised concerns for those traveling to the region.

North Korea is facing a potentially deadly strain of seasonal flu. According to a Friday report from the World Health Organization, North Korea documented 126,574 individuals with flu-like symptoms and 81,640 confirmed cases of influenza A (H1N1) between December 1 and January 16. Citing North Korea's Ministry of Public Health, the WHO says there have been four flu-related deaths there: one an adult and three children under the age of 5.

By comparison, South Korea reported 1,250 confirmed cases of both A and B influenza virus to the WHO between December 4 and January 28.

Political divisions between North Korea and South Korea and limited travel across their shared border may account for the variation in influenza cases.

"The populations are very separate and they don't interact much," said Dr. William Schaffner, an infectious disease specialist at Vanderbilt University. "Influenza may only be starting up naturally in South Korea, but it is possible that some people traveling from North Korea could augment that by bringing the virus with them."

But as North Korean athletes and spectators prepare to arrive ahead of the games, Schaffner noted that it might be hard to stop the virus from spreading.

"Influenza is fickle, people are capable of transmitting the virus before they get sick," he said. "Even if you screened people coming from North Korea, they might still be carrying the virus unbeknownst to themselves and undetectable to anyone else."

During the Olympic Games, athletes, trainers and sporting officials typically reside in housing venues referred to as an Olympic Village. On February 1, the Olympic villages in Pyeongchang welcome the nearly 3,000 athletes traveling from 90 National Olympic Committees.

When it comes to the spread of sickness in the villages, Schaffner says "there is a degree of protection in the semi-contained environment," but he also warns that "people will be rooming together, eating together and socializing in close proximity. Sustained face-to-face contact in enclosed spaces will permit the transmission of respiratory viruses."

Despite the potential for severe illness and death, a different strain has led to warnings from health officials.

A highly contagious strain of bird flu (H5N6) has been reported at chicken farms near Seoul. In a statement Wednesday, the South Korean Ministry of Agriculture, Food and Rural Affairs said it confirmed a "highly pathogenic strain of H5N6 avian influenza" on a chicken farm in Pyeongtaek in Gyeonggi Province.

According to the ministry, there have been 16 cases of avian influenza confirmed on poultry farms and 10 in wild birds.

Fears of the virus spreading in the week just before the Winter Olympic Games begin have prompted the government to quarantine farms where the virus is present and led to further plans to inspect nearby farms.

Though the strain has led to the slaughter of millions of birds and hundreds of thousands of eggs have been destroyed, no cases of bird flu have been reported in humans.

However, 17 human cases of infection with the highly pathogenic avian influenza A (H5N6) virus have been identified in China since 2014, according to the National Institutes of Health.

"These are strains that do not readily spread from person to person," Schaffner said. "But you can get some very limited spread from someone who is infected."

"Most of these illnesses occur among people who have close contact with poultry," he explained. "These are often the farmers who raise chickens, they actually live in very close proximity and are around them for prolonged periods."

Though the H1N1 strain of influenza is a seasonal strain, and "most people who get the flu will have mild illness," the CDC warns that children and the elderly are "more likely to get flu complications that can result in hospitalization and sometimes death."

The Winter Olympic Games in Pyeongchang will be held roughly 50 miles (80 kilometers) from the border with North Korea and 80 miles (128 kilometers) from the farms where avian influenza has been detected. However, agencies have not suggested travel restrictions for athletes or tourists in or near the region.

"WHO does not recommend closing of schools, any travel or trade restrictions or entry screening with a view to preventing and controlling this seasonal influenza outbreak," the organization's statement says.

WHO officials do recommend "washing hands frequently, adhering to cough etiquette (covering cough or sneeze), and cleaning surfaces touched by numerous people, particularly in public areas. For those having symptoms suggestive of influenza, staying at home is an effective measure to prevent the spread of influenza."

In 2016, all eyes were on Rio de Janeiro and its Zika-carrying mosquitoes ahead of the Summer Olympics. Teams and organizers took precautionary measures to decrease their risk of exposure to the virus. Following the games, WHO said it found no cases of Zika virus in anyone associated with the Olympics.