Despite his condition having NO CURE

Bangladeshi boy, 8, who was slowly turning into stone makes a miraculous recovery 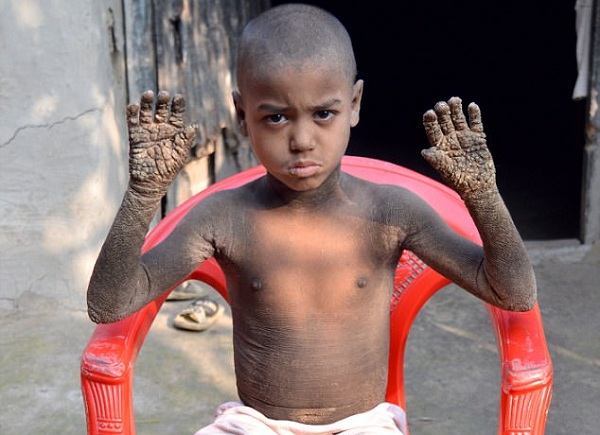 A Bangladeshi boy who was slowly turning into a stone has made a miraculous recovery - despite his illness having no cure.

Mehdi Hassan, 8, suffered from a rare skin condition that left his whole body covered in thick layers of itchy skin.

It made it extremely difficult for him to walk or even touch anything and forced him to become a recluse, according to local reports.

After his heart-rending story made light in international media earlier this year, a charity sponsored his treatment.

Now, a month later and still taking medication, Mehdi can not only play with his favourite toys but can also eat with his own hands.

His mother, Jahanara Begum, said: 'After the news broke, some people from a charity approached us for his treatment and got my son admitted to the hospital.

'It has been possible because of people's support. They are paying for his treatment. It feels wonderful to see him without those rashes and blisters.'

The local charity Help to Save Lives supported Mehdi's family, who live in a remote village, and funded his care at a leading medical institute.

He was eventually admitted to Dhaka Medical College on February 19, after his pain became unbearable.

Whilst at hospital, doctors diagnosed him with the rare skin disorder Epidermolytic Hyperkeratosis. 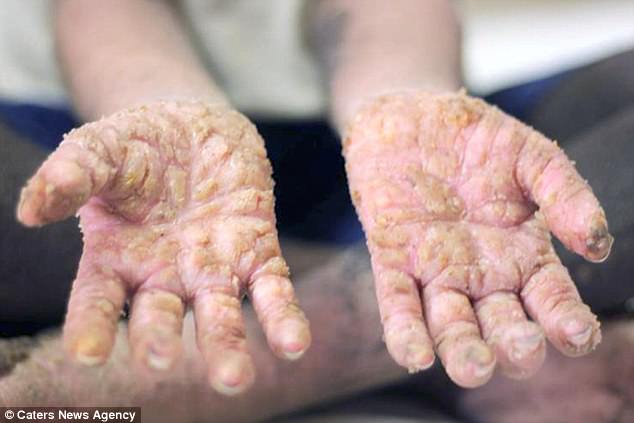 ahanara hopes Mehdi's improved appearance will help him to be accepted by the community, where he can attend school with other children.

She said: 'Children used to detest him. People found him filthy and abominate him because of his condition.

'Whenever he went out, villagers got scared and said bad things to him.'

Dr Rashid Ahmed, head of the skin department at the Dhaka Medical College said: 'The treatment is long-term and will continue for at least four years.

We are content with the improvement so far and hoping to cure him completely one day.'